“Does your heart have some sort of emotional attachment to this rug because I’d just as well get rid of it,” the woman in the pop-up camper asks the man.

Everywhere he walks, he walks slowly with his flip-flops dragging across the asphalt, the pine needles, the dirt. He wears a giant rainbow shirt.

She wears fleece and jeans. They’re both standing on either side of the pop-up, which is no longer popped up. They lean on the edges. The pines hang over them. The camping site is soft with pitch and pine needles. But there’s a bit of tension in the air as they pack up.

“No, I have no attachment to it.” He’s got a Garrison Keillor voice, that slow, long drawl that matches how he walks.

He asks, “Do they still sell those?”

She says, “I don’t want another one like this. I want one from Bed Bath and Beyond. One that drains.”

The carpet gets unceremoniously tossed on top of the hood of the car. The man’s shoulders slump. A lot of time, tourists get overwhelmed by the lack of routine. Cracks and fissures in their dynamics start to show. It makes me worried for them.

They start trying to attach the car to the pop-up camper so that they can tow it away.

“Back up an inch more,” she says, eyeballing the hitches as he slowly reverses. “Ewahhh… Maybe a little past. You might want to come look at it.”

Birds chirp. A squirrel gets angry in a tree. My dog Gabby barks because she doesn’t like tension. But the thing is that even the happiest people have tension sometimes. It’s normal. And this couple was lovely for the entire weekend they were here, but there’s something about packing up and leaving that can bring out the tension in all of us.

They hook up the camper and check the rear brake and turn lights.

“We’re not flashing,” the woman yells.

“I guess these sidelights only show when the headlights are on.”

And that’s when I get it. We only notice the tension and the cracks when we shine our headlights on it. When the negative becomes all that we focus on? That’s when it consumes us.

“Thank you,” the woman says to the man.

The tension breaks. “No, thank you.”

The woman and man shuffle into the car, yell goodbye to another neighbor, and head out. 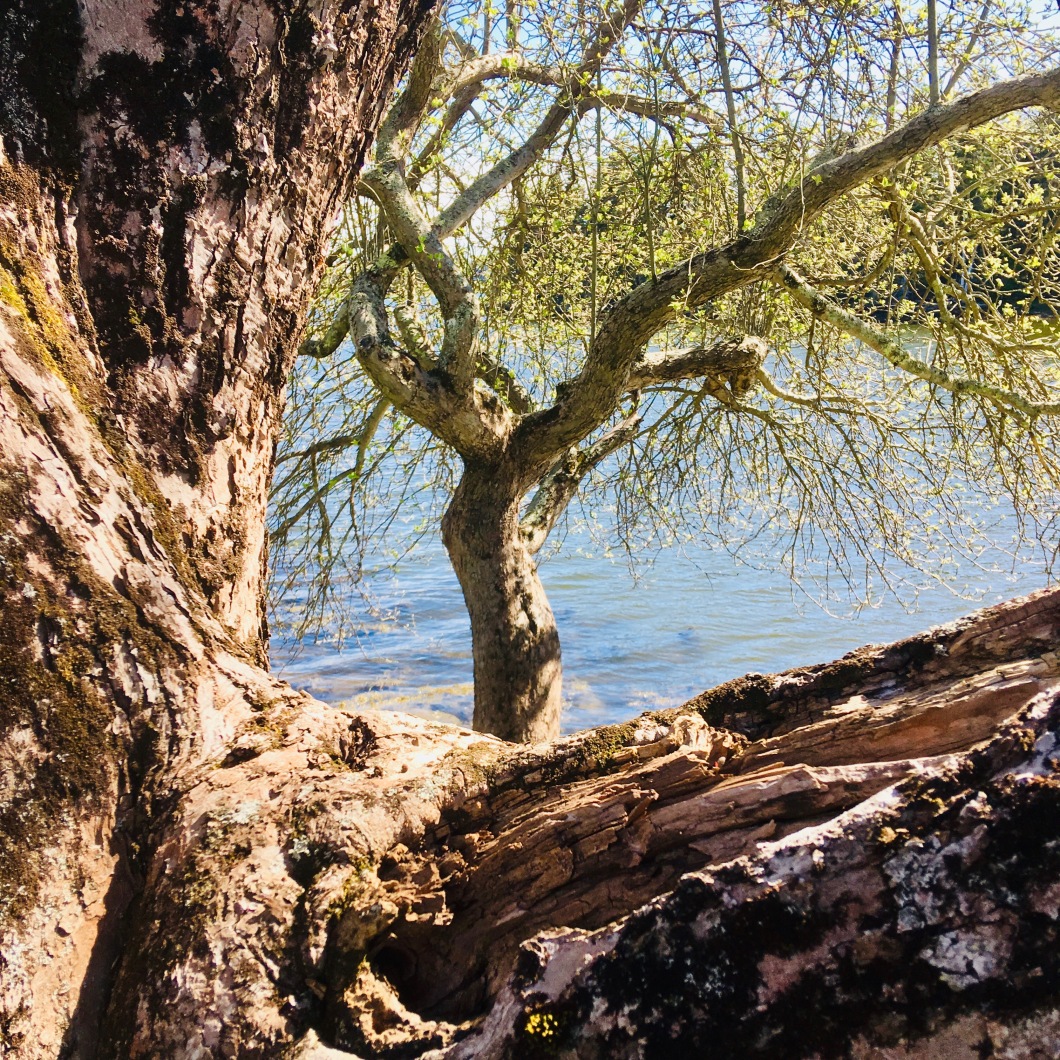